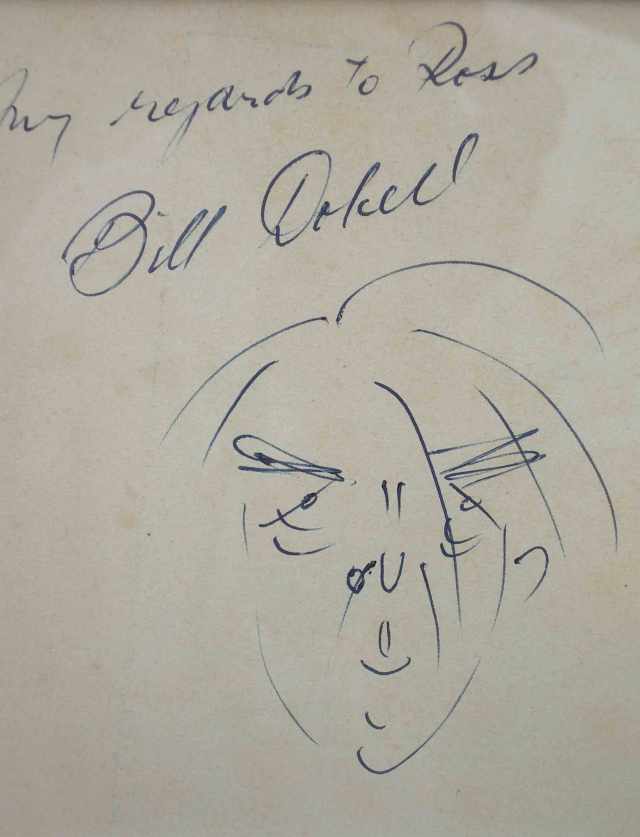 Cooks Hill Galleries is in its 39th year of business. Actually the galleries birthday is 16th August!

When I purchased the gallery building it was just 1/3 of the size it is today! Years after purchasing the building my father said to me ‘you bought the wrong building, You should have bought over the road at the corner of Bull and Corlette streets, Cooks Hill.

“Well, that’s where William Dobell, the famous Australian artist was born and lived during his early youth. “My reply was: “Yes, however the building was not available.”

Back then there was no acknowledgement of the artist’’s home whereas today there is a bronze plaque on the footpath to commemorate his birth place.

Dobell is perhaps more well known for his residency in Wangi Wangi, located on the east side of Lake Macquarie, Newcastle. His house has been turned into a museum/gallery, available for viewing at selected times. For Dobell followers it is worth a look as the experience will give you an insight into his life. Furthermore, note a more recent publication by local author Elizabeth Donaldson who has given us more awareness of the artist’s life. #
It is worth noting the accuracy of the colour plates of the artist’s paintings; being manipulated to match the original paintings detail and tone. Elizabeth’s husband Bob was the patient one here!

Dobell is arguably one of Australia’s finest portrait painters having achieved winning the Archibald Prize at (the Art Gallery of NSW) in the years 1943, 1948, and 1953. He also won the Wynne Prize for landscape painting titled Storm Approaching Wangi.

With his Archibald portrait 1948 winner Margaret Olley he is further linked to Newcastle, in that Margaret was a resident of Newcastle for a short period and owned several houses in Church Street, in the city. It was from the home/studio she developed a series of Newcastle Harbour paintings inspired from ‘ The Hill’. The paintings would feature observations and views of the city skyline, capturing Stockton in the distance. This subject matter never received the recognition of the interior and still life subject matters!

Dobell was somewhat reclusive in later years and both his art and he were deeply affected by the controversy over his 1943 Archibald winning portrait of fellow artist Joshua Smith.

A typical phenomenon of Novocastrians is for a person born in the region to return years later. Dobell is yet another statistic reinforcing this pattern of behaviour. This of course was before Newcastle was acknowledged by the Lonely Planet (2011) as one of the top 10 cities in 2011.

A more recent statistic was the announcement by ‘Wotif’ + noting more bookings were made on their website for Newcastle than any other destination within NSW in the past 12 months!

So watch out for tourists in Newcastle!

Rarely do works of this nature come to the market. Dobell is known to have given cards and small paintings to friends and to those who did favours for him. This particular painting has an inscription to the receiver and a reference to the location in a fine scripted hand. It is signed and dated in pencil.
‘Wangi Scene’ is a recognised subject being synonymous with the artist and to a collector it would be regarded as most typical. The painting is in good condition and has been recently reframed in a fashion to highlight the work itself.

The drawing was attached to a publication in which the artist has tipped a colour plate of Joshua Smith- artist. The Archibald winner 1948. The drawings inscription was personalised and placed into an architecture publication, which is now adhered verso of the drawing. The economy of line and confidence to capture the character of the self portrait is a delight! So few lines reveal the artist’s face. The drawing is in good condition, undated unless we consider the publication date. It’s the immediacy and the simplicity of the drawing which leaves much to the imagination of this viewer.

(At the time of writing this blog this artwork has just sold).